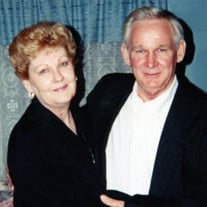 Russell Riley departed this life on Thursday, October 1, 2020, at the age of 75 years, 6 months, and 22 days. He was born in Deventer, Missouri on March 9, 1945, the son of the late James "Clifton" and Earlene Nolan Riley. On February 24, 1962, he was united in marriage to Connie Marie Brown, who preceded him in death on May 18, 2006. Russell was a foreman at Brown Shoe Company in Savannah, Tennessee. He was also the owner and operator of Savannah Ice Company and a Subway Franchise in Savannah, Tennessee. Russell had a great sense of humor, a hard worker, very kind, and loved by his family. He was a Mason and a member of Southside Baptist Church. He loved baseball, especially the Cardinals. Russell is survived by his sons, Todd Riley of Savannah, Tennessee and Rod Riley and his wife Laura of Atoka, Tennessee; a grandson, John Scola; and eleven siblings. In addition to his parents and his wife, Russell was preceded in death by a brother, Melvin Riley.

The family of Russell Riley created this Life Tributes page to make it easy to share your memories.

Send flowers to the Riley family.