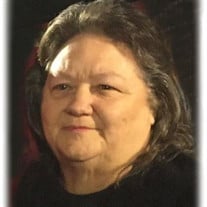 Shirley Ann (Dottie) Banks was born on February 4, 1948 in Savannah, Tennessee, the daughter of the late Loyd and Lela DuBoise Davis. On July 1, 1967, she was united in marriage to James Douglas Banks, who preceded his wife in death on September... View Obituary & Service Information

The family of Shirley Ann (Dottie) Banks created this Life Tributes page to make it easy to share your memories.

Send flowers to the Banks family.