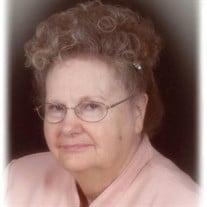 VIRGINIA RUTH JACKSON departed this life on Tuesday, January 5, 2021. She was born to Harry M. and Gertie Pearl Wheatley Brown on August 21, 1932 in Perry County, Illinois. After graduating Pinckneyville, Illinois Community High School she moved to Chicago, Illinois, where she was employed by Acme Steel Corporation for approximately 2 years. Virginia was then employed at The Prudential Insurance Company Mortgage Division, where she became section supervisor of Cashiers Department. She worked for Prudential for 14 years. Virginia married Harold Eugene Jackson on March 8, 1958 in Cook County, Illinois. After her marriage she completed a correspondence course of motel management. They later moved to North Fort Myers, Florida, while there she managed a motel for 2 years. Due to Harold's job they were required to move to Homerville, Georgia. In August 1992 Harold had to quit work due to congestive heart failure. They later moved to Adamsville, Tennessee. After Harold's death she moved to Savannah, Tennessee. They were married for 50 years prior to Harold's passing on March 18, 2008. She was also preceded in death by her parents, sister, Ruby Brown Emery, brother, Harry W. Brown, and a great nephew, Dennis Penrod. Virginia is survived by a niece, Barbara Penrod and her husband Rev. Albert Penrod; great nephew, Douglas Penrod and his wife Debbie; great niece, Leanna Barber and her husband Mark; nine great great nieces; and four great great nephews. Virginia was a member of Christian Assembly United Pentecostal Church in Adamsville, Tennessee.

The family of Virginia Ruth Jackson created this Life Tributes page to make it easy to share your memories.

departed this life on Tuesday, January...

Send flowers to the Jackson family.